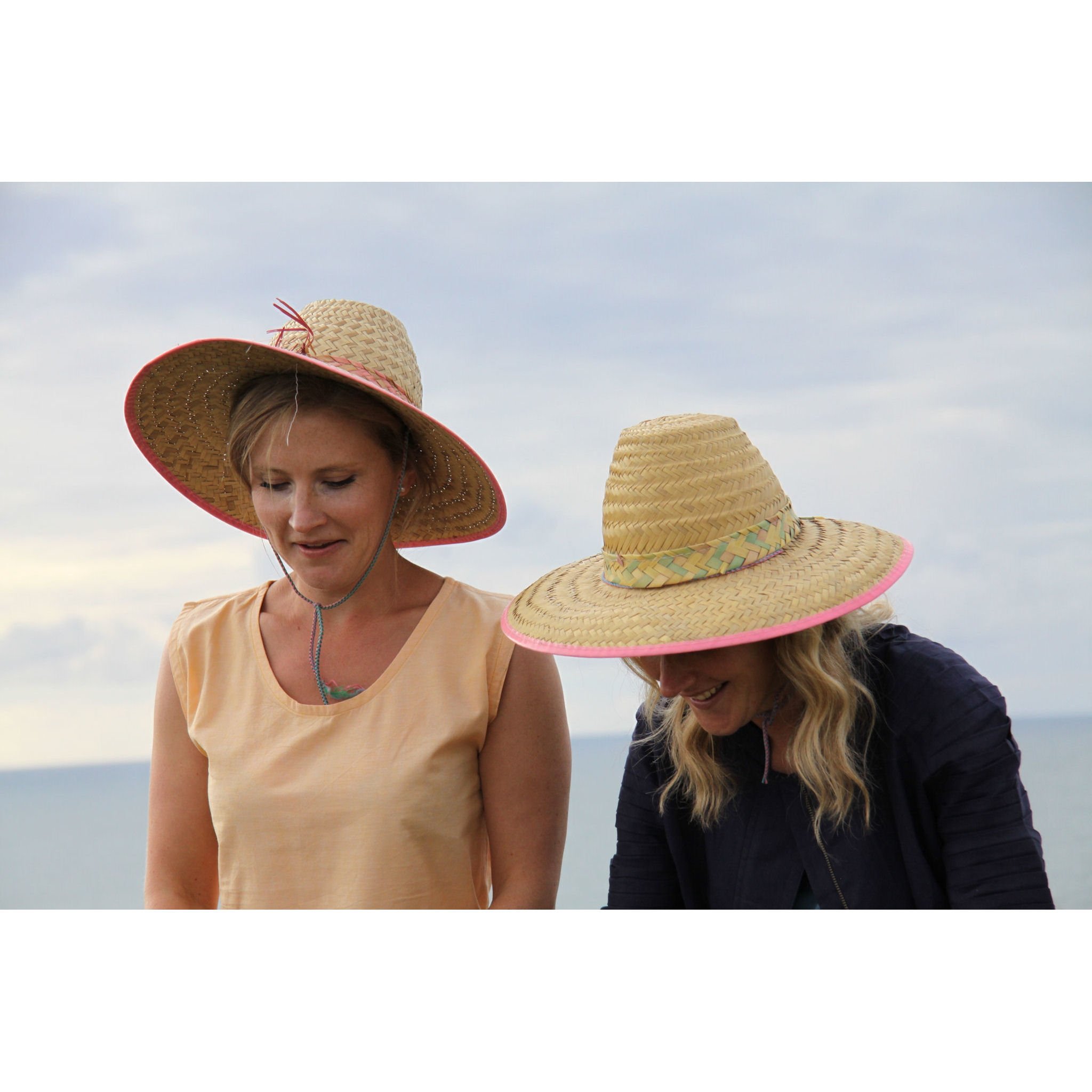 Why there’s a need for ethical fashion that does not subscribe to the historical model of slavery, neglect and poverty

Why is there a need for ethical fashion?

Because the people who make our clothes have become invisible. We don’t know who they are. We don’t see them. And just like that….BOOM!….we don’t think about them. They just aren’t up there in our long list of important stuff. We have other things to think about.

Consider everything you know about the industrial revolution in Victorian England: dangerous factories, workers forced to live in slums, abject poverty, abnormally low mortality rates, high levels of pollution. Those same conditions are now being experienced by an increasing number of countries throughout the world as retailers switch from buying products at fair prices to demanding cheaper products so they can make bigger profits or under-price to attract more customers. With each lower price poverty levels and the working conditions of the people who make our clothes deteriorate yet further.

Most clothes sold on the High Street and online share these features:

There are other issues that affect those in the west too: undersized and underage fashion models, model abuse, design theft, manipulative marketing, pollution caused by high volumes of clothing in landfill, and many more. Unfortunately the fashion industry has allowed itself to become mired in so many damaging practices that it will take years, possibly decades, to sort itself out. 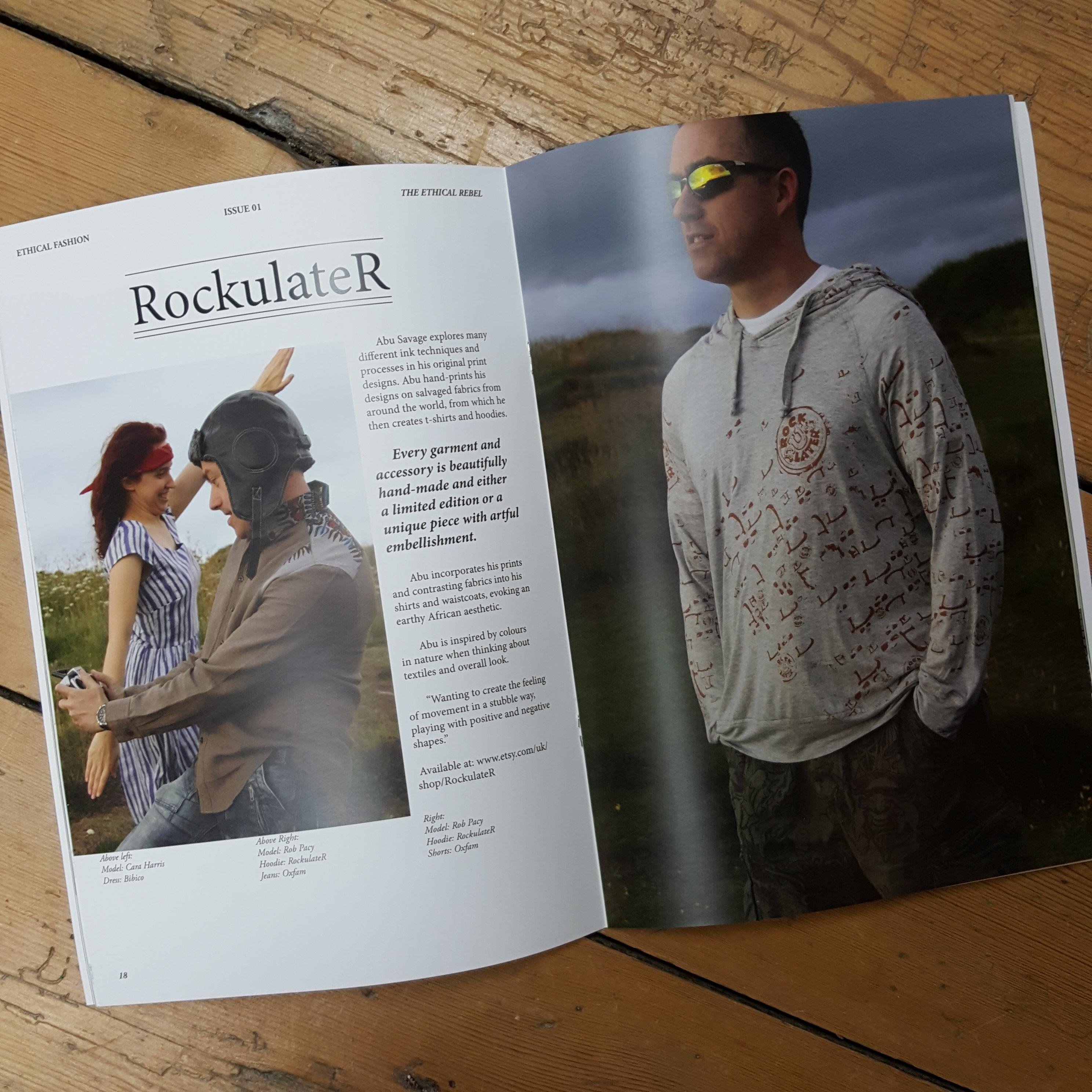 We are very excited to launch the very first issue of the ETHICAL REBEL magazine for those who want to be sure that the clothes they buy are made ethically ie they are not made by slaves or children and don’t pollute local rivers or the oceans. They want clothes that are made by workers in safe conditions, paid at a fair wage and are beneficial to the environment.

In each issue we feature:

There are so many issues that need to be tackled in the fashion industry but for our first issue we decided to focus on:

In future issues we plan to unpick, among other things: how pricing wars undermine your pay and the economy; the psychology of advertising; the use of undersized and underage fashion models; model abuse; lack of real-size models; design theft; and manipulative marketing. 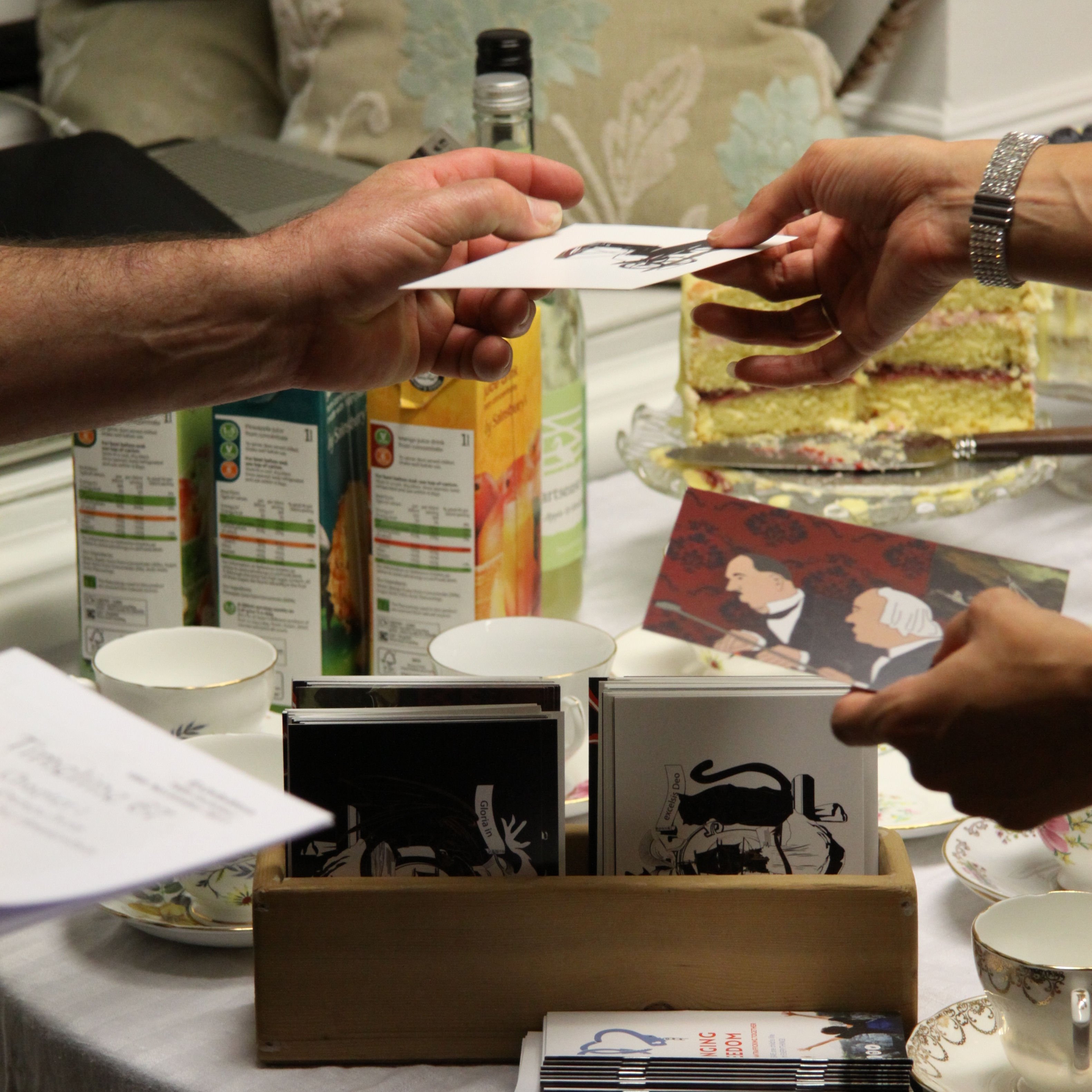 We launched Timeline 67 Chapter 1 with an Exhibition of the prints used on the t-shirts and the charities that each scene supports. Everyone had a blast and a few of our guests agreed to model for us 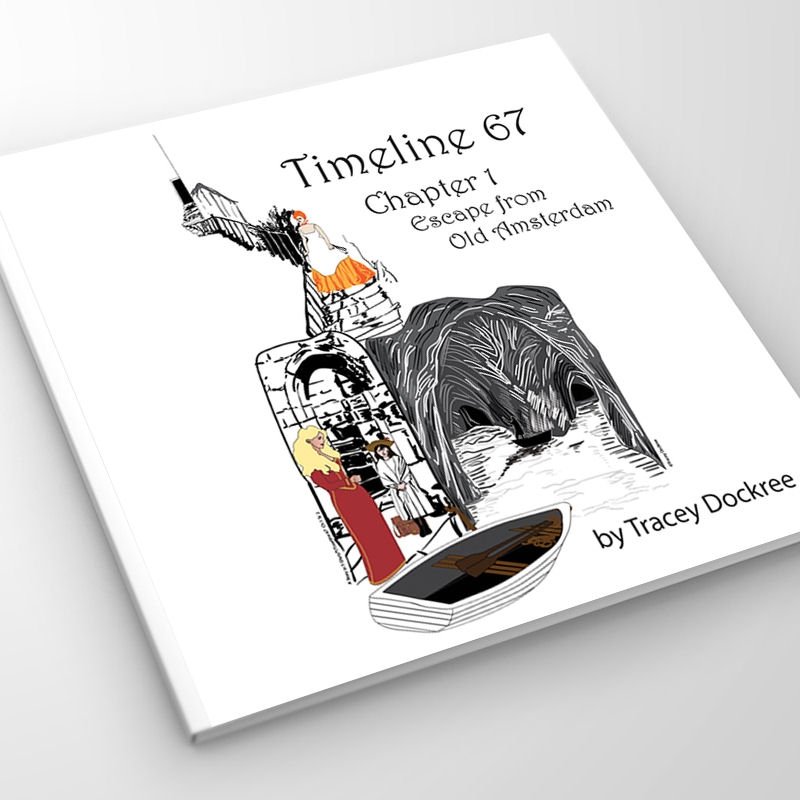 Set in 1901, Timeline 67 is inspired by local Cornish history and the shipwreck of Dutch schooner Voorspoed (or Prosperity) on Perranporth Beach in 1901. Chapter 1 introduces us to our lead ladies in Old Amsterdam, where Gabriella is persuaded to help Anna escape from her owner, Raoul.

In future chapters we’ll meet our reluctant heroes in Cornwall who rescue the girls from the wreck. As they try to retrieve Anna’s treasures from looters they all stumble on a land of mixed up timelines (including the titular AD67) and discover a deeper, darker plot about to invade our world.

Historical facts and characters are woven into the story, including the ship Voorspoed and Captain de Grooth, but the parts they play and the story itself is entirely fictional.

The story touches on some of the dark issues that affect our society today, combining the menacing beauty of Peaky Blinders and the dark machinations of Lucifer with the aesthetic appeal of Toulouse Lautrec.

Planned publishing date and book launch April 2018. To grab your copy, sign up for the emails below and we will let you know as soon as they come available. 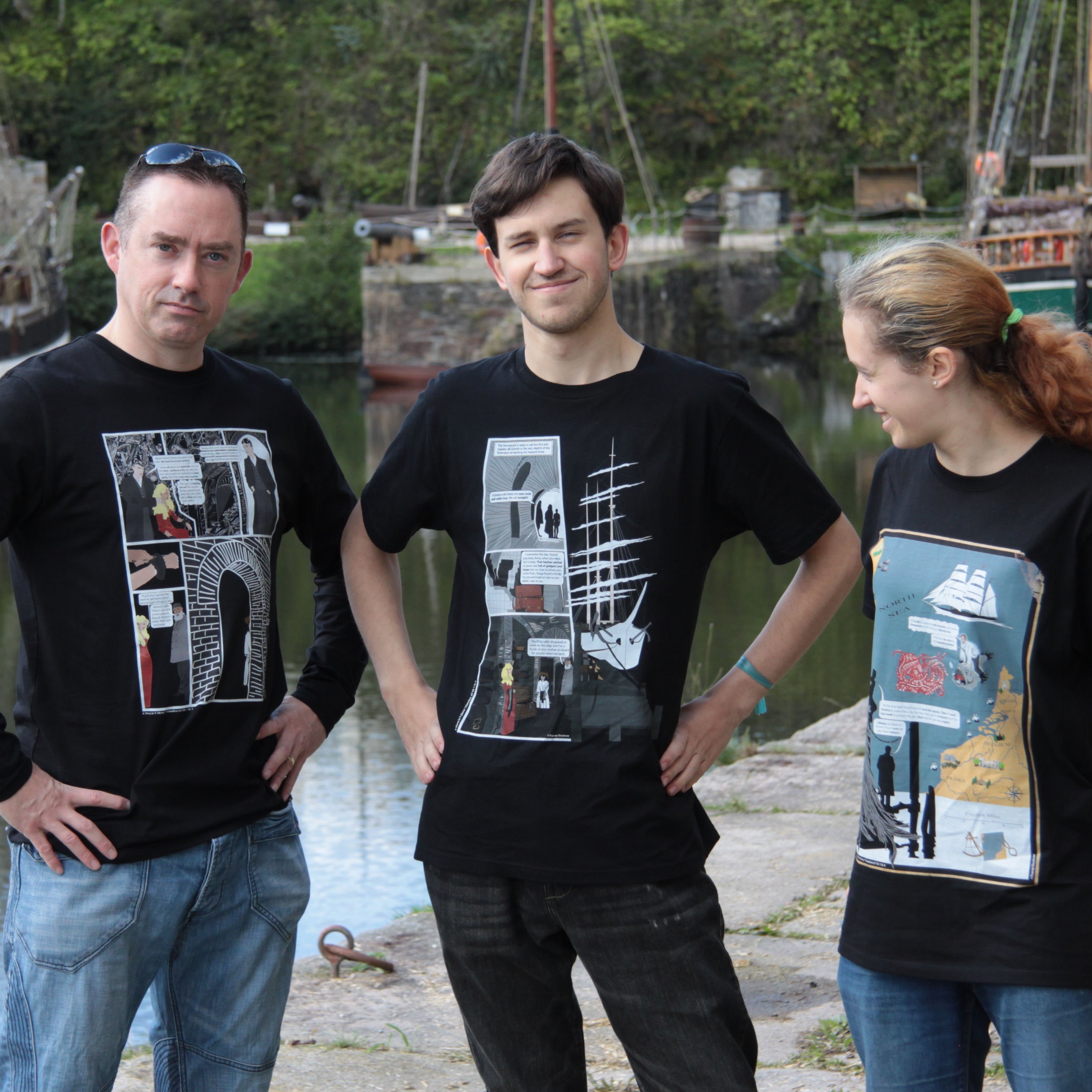 A Story in T-Shirts is an exciting new concept in story-telling. A series of t-shirts are illustrated with key scenes from a story, like a graphic novel, but the t-shirts are the pages. (The backs of the t-shirts contain Back Stories for the characters with an extra story insight.)

The very first story to be presented in this way is Timeline 67, a story set in 1901 and inspired by a shipwreck in Cornwall.

Each t-shirt also has a sub-text story that is inspired by the giant issues we are currently facing in our society – trafficking, homelessness and the refugee crisis.

The t-shirts are being released as a limited edition of only 100 t-shirts.

We operate a zero waste policy so the t-shirts are only printed when we know we have a buyer who wants and values them. This means that every t-shirt you order is specifically printed just for you.

We only make one order at the end of every month. Pre-orders open at the beginning of each month and close on the last day of each month.

Printed on the highest quality textile digital printer in the UK, the t-shirts are then signed and numbered by hand by author/illustrator Tracey Dockree and registered on a secure database so that you know you have the original t-shirt and not a copy.

Printing usually takes a fortnight so, allowing for delivery times and hand-signing limited edition items, your order should reach you by the end of the following month. For example, pre-orders made in April should arrive by the end of May. The notice at the bottom of the page will let you know the expected delivery date for pre-orders that day.

We print on Earth Positive t-shirts made by Continental from organic cotton with a neutral carbon footprint and manufactured using renewable energy. Continental is a member of Fair Wear and operates a Fair Share policy to ensure their garment workers receive a fair wage. 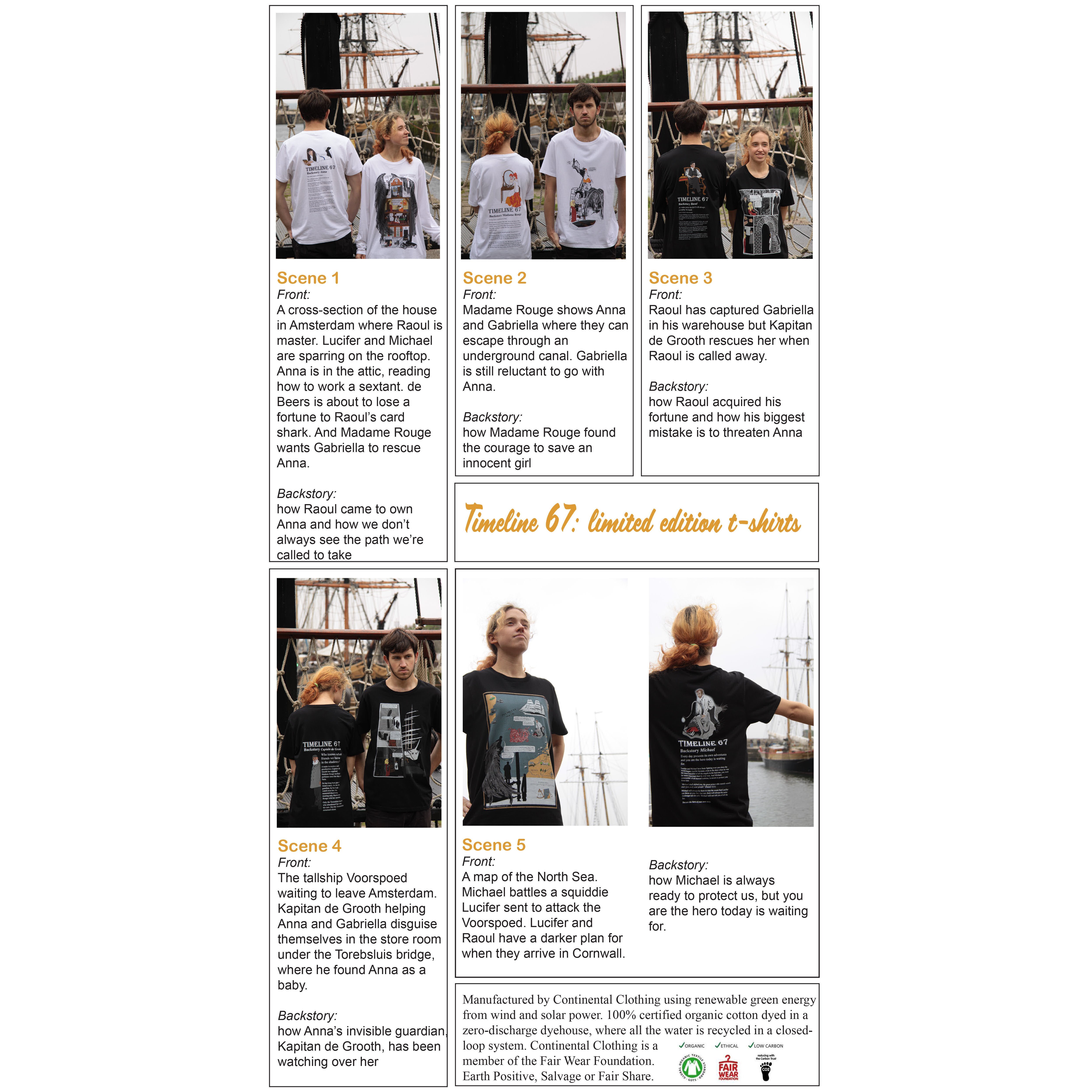 Each t-shirt has an illustrated scene from Timeline 67 on the front and the backstory of a character on the back.

These t-shirts are limited to 100 of each scene and will be signed and numbered with your name and number kept on a secure database to prevent it being copied.

The t-shirts are organic cotton, ethically manufactured and carbon neutral. 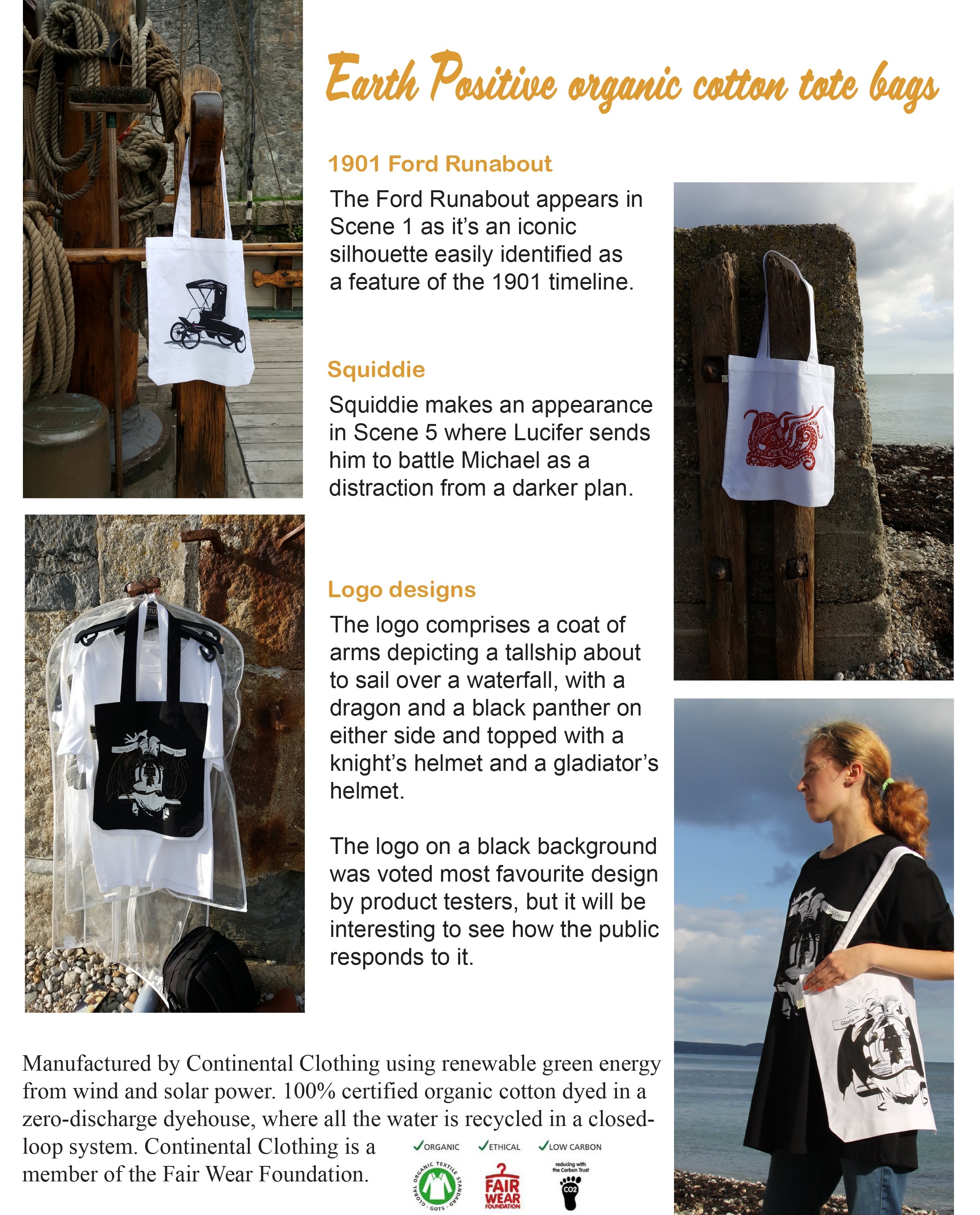 Designed for story lovers and art lovers, these high quality organic cotton book bags are ideal for stashing those books you want to read at the beach, the park or at book festivals.

Made using renewable energy sources and printed to order, just for you, to minimise waste.

These bags should last a while, but if there’s any mishap and your bag gets damaged, send it back to us and we’ll repair it for you. 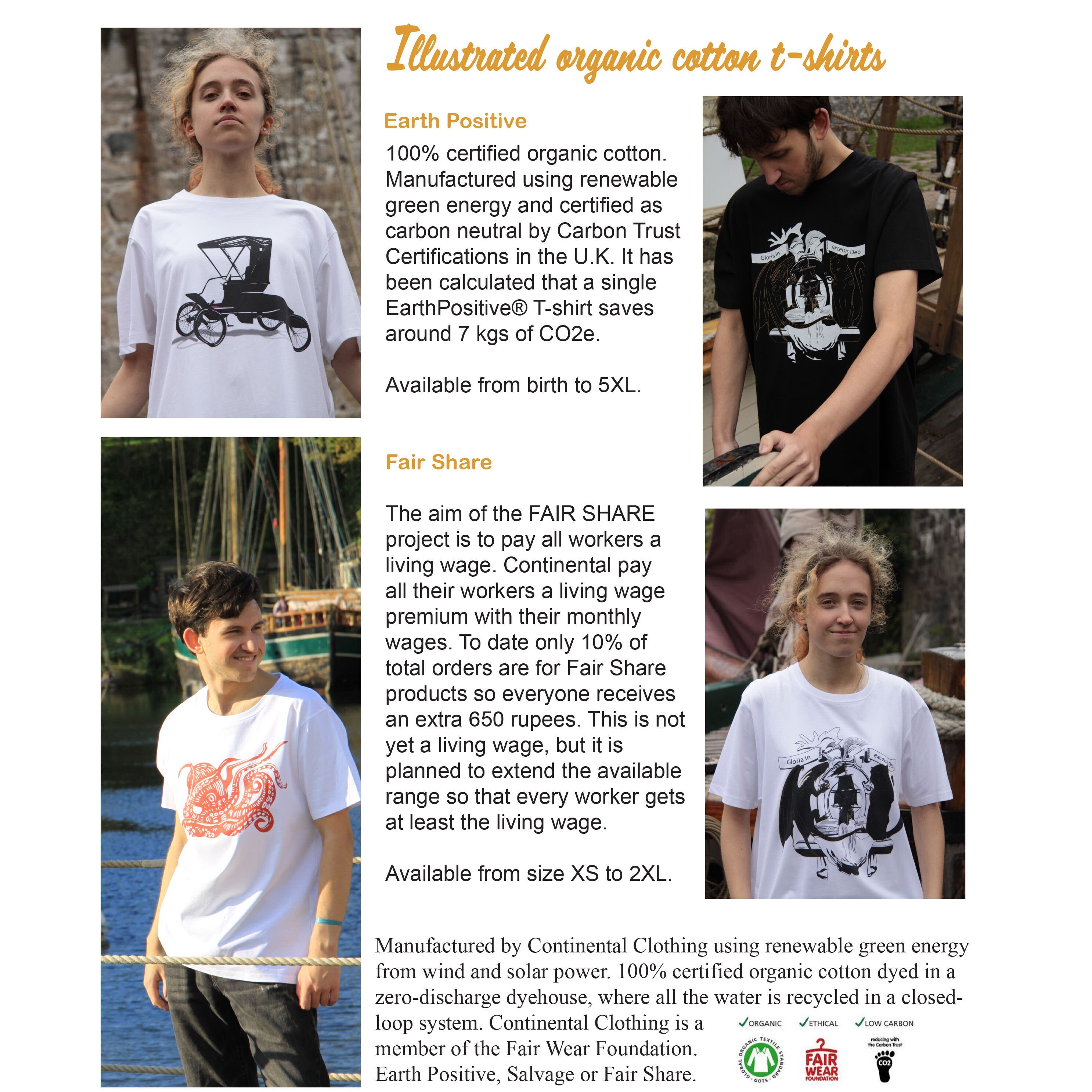 Sizes available from birth up to 5XL 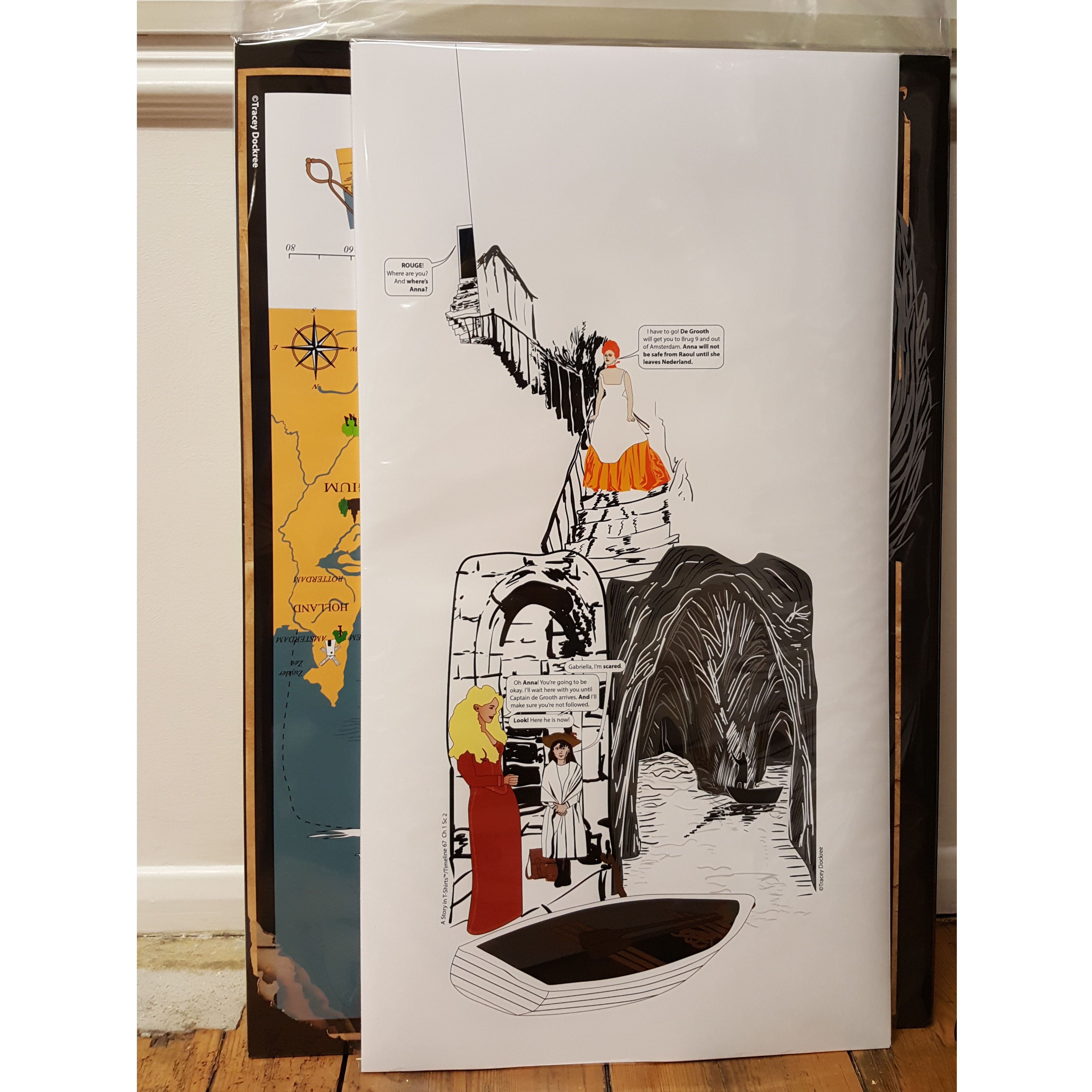 There’s great excitement here as we get ready for the Timeline 67 exhibition. I’ve just picked the Gallery Prints up from our local eco printers, Monkey Puzzle Art Prints, who are based at Mount Pleasant Eco Park near Porthtowan in Cornwall. A joy to travel to as I have to go past gorgeous views of the North coast beach at Porthtowan, and usually have to stop at the headland to enjoy the view and fresh sea air.

I used Adobe Illustrator to create these 5 scenes from Timeline 67 Chapter 1. I’m delighted at how well all the small details look when they’re blown up into A1 sized prints.

I’m only selling 100 prints of each design because I want our lovely fans to have the privilege of owning artwork that’s an investment piece rather than mass-produced and commercial.

They are printed using a special process called Giclée, a fine art digital printing process where the highest quality pigment based inks are sprayed onto a high quality archival paper to produce a print that lasts over 75 years.

Each print is printed to order to minimise waste, so as soon as you place your order it gets sent to the team at Monkey Puzzle Art Prints, who will usually print it within the next 4 working days.

All prints are signed and numbered by hand by the illustrator, Tracey Dockree, and entered onto our secure database so that we can identify whether any prints are originals or fakes.

For more information about each Print and to choose your preferred size, select it below.

These beautiful postcards are illustrated by Tracey Dockree and printed locally in Cornwall on recycled card.

Some of the artwork on these postcards is dedicated to Charities supported by Tracey Dockree and they will receive 50% of profit on these:

They are available singly or as a set of 8

Timeline 67: A Story in T-Shirts Postcard