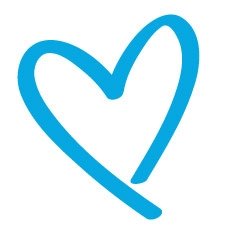 The Blue Heart Campaign is an awareness raising initiative to fight human trafficking and its impact on society. The Blue Heart represents the sadness of those who are trafficked while reminding us of the cold-heartedness of those who buy and sell fellow human beings. The use of the blue UN colour also demonstrates the commitment of the United Nations to combating this crime against human dignity.

Anna’s blue sash is inspired by the amazing work done by the Blue Heart Campaign. The blue of the blue heart campaign is used to colour the sash, and in placing the blue sash around Anna’s waist,  it becomes symbolic of being ensnared by trafficking. In Timeline 67 Scene 1 Anna has just been bought by Raoul, but her rescue is already being planned. Because of the Blue Heart Campaign, the colour blue has also become symbolic of those who are moved to secure the freedom of and support victims of trafficking.

50% of profit on these products support the Blue Heart Campaign